How To Make A Homemade Stink Bug Trap

It’s that time of year again! Brown Marmorated stink bugs otherwise known simply as Stink Bugs are back on the attack! These pesky little buggers will do anything to find a way into your house. As the old saying goes “where there is a will there is a way” and stink bugs certainly have a will. If you think you need some kind of expensive, complicated way to get rid of them, think again.

A group of researchers from Virginia Tech University performed a two year study that found that instead of a fancy contraption or harmful pesticides, all you need is a pan of water and a light to attract the bugs to their doom. It has been proven that homemade, inexpensive stink bug traps crafted from simple household items work far better pricier models designed to kill the invasive, annoying bugs.

This is what you will need: 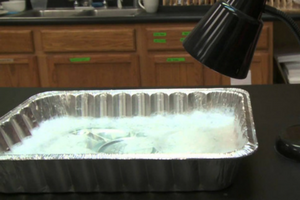 Researchers from the VT’S College of Agriculture and Life Sciences found the best way to get rid of the little buggers: Just fill a foil roasting pan with water and dish soap, and put a light over the pan to attract the bugs in a dark room. The trap eliminated 14 times more stink bugs than store-bought traps that cost up to $50, and was proven in this test. The only price of the homemade model is the cost of a roasting pan, dish soap, and a light, all which you may already own.

Hopefully this tip can help eliminate most of your stink bug problem, and avoid having a stinky vacuum!  A stink bug’s ability to emit an odor through holes in its abdomen is a defense mechanism, meant to prevent it from being eaten by birds and lizards. Simply handling the bug, injuring it, or attempting to move it can trigger an odor release. They also give off other chemicals to attract their friends. When a stink bug finds a suitable winter shelter, it secrets a chemical odor that attracts other stink bugs to come join.